8 Simple Rules for Marrying my Daughter

Following the stunning success of 8 Simple Rules for Dating My Teenage Daughter — which was adapted into a TV show for ABC — W. Bruce Cameron returns with an even more hilarious look at fatherhood, capturing the predicament of the forgotten man in the tux at his little girl’s wedding.
As Cameron explains, modern weddings are much like royal coronations, only more expensive. Aside from the writing of checks, there is not much fathers understand about them. Why can’t guests successfully eat, drink, and dance unless the whole event is as carefully choreographed as a Broadway production? With his characteristic wit, Cameron captures the aspects of the wedding that are the most ridiculous to paternal eyes, for example:

• why the wedding dress has to strike the right mood (which, judging from everyone’s behavior, might best be summed up as “crabby”)

Throughout it all, however, a father keeps faith that the wedding — if not the wedding preparation — will make his daughter a happy woman.

Hilarious yet poignant, 8 Simple Rules for Marrying My Daughter is sure to be a comfort to the legions of fathers (and mothers) who will one day have a daughter walking down the aisle. 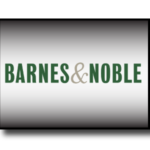 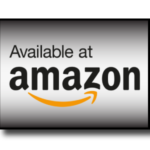